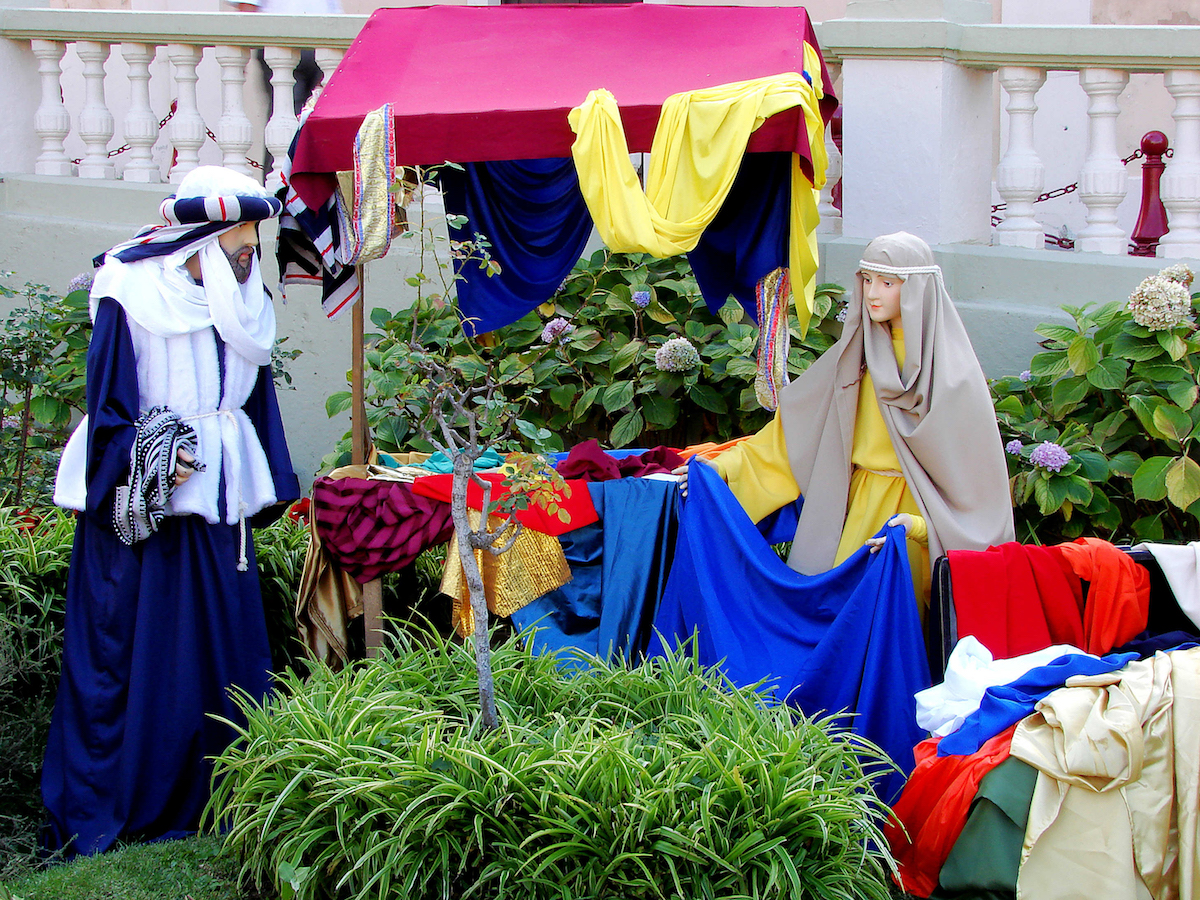 Enjoying Christmas from your luxury property on Tenerife means surrendering to the conviviality and charitable feelings that fill us around the holidays.

Enjoying Christmas from your luxury property on Tenerife means surrendering to the charms of the lights adorning the streets and the parades in the small towns that dot the island. But above all, it’s about the conviviality and charitable feelings that fill us around the holidays. These same sentiments are present in some of the most cherished traditional sights here: the famous Christmas nativity scenes. On Tenerife, you’ll discover one of the largest in Spain; and another, live nativity scene with almost 50 years of history behind it. Read on, as our special Christmas excursion takes us to La Orotava and to Tigaiga in Los Realejos.

Just a bit more than an hour by car separates your luxury property on Tenerife from this impressive Christmas nativity scene that will once again occupy practically the entire City Hall plaza in La Orotava. With an almost 1000 m2 surface area, this arresting sight is the largest nativity scene in the Canary Islands and one of the largest in all of Spain. Its stands out for its size, but also for the realism of the scenes it portrays: from the birth of Jesus to other typical activities of Hebrew culture of the time – like milling or sheep herding – to customs native to the Canary Islands.

In total, more than 300 life-sized people and animals figure in these diverse vignettes that delight thousands of neighbours and tourists that visit beginning at the end of November. The church calculates that more than 100,000 people may visit before the 9th of January, which is when the 24-hour exhibition will close. If you want to have a look but you haven’t yet arrived at your residence on Tenerife, you can see this spectacular nativity scene on the La Orotava webpage, thanks to the webcam that they installed on one of the nearby buildings.

The live nativity scene of Tigaiga: more than 40 years of history

A bit further away, but still within an hour and a half of Abama Resort, is Tigaiga, a small neighbourhood in the Tenerife municipality of Los Realejos. It has been famed for 46 years for its endearing live nativity scene. Strong support from the local Neighbours’ Association has preserved this tradition since 1972, and this 25th of December many locals will again revive this yearly ritual. The Portal de Tigaiga has grown so much since its debut in the church that it was moved to the neighbourhood plaza, and since it has extended itself throughout the streets, making it the event of the year.

The unity and commitment that keep this nativity scene alive are on full display on Christmas Day, but they are carried through the rest of the seasons thanks to the preparations, rehearsals, and community meals designed to make the final product perfect. 1001 meetings thrust this neighbourhood of barely 1000 inhabitants ever closer together, bringing true Christmas spirit to every day.

When the 25th of December arrives, Tigaiga turns into the Nazareth Nativity Scene for a day, and numerous children, young people and adults reproduce the picturesque scenes of Jesus’s birth throughout this typical Canary Islands neighbourhood. Don’t miss the joy behind the performances from children making their debuts and adults with decades of tradition behind them. It’s an event without equal, passed down from generation to generation, that no local wants to miss.

Now you know where to find the best nativity scenes this Christmas. The two options we’ve given you are close enough to one another that you can see both with no problem from your luxury property on Tenerife and, if you have time, even go for the full XI Nativity Scene Route of La Orotava. You won’t be disappointed!